Respondents provided information regarding the operation of a gang unit in their agencies. “Gang unit” is defined in the survey as “a specialized unit with at least two officers primarily assigned to handle matters related to youth gangs.” 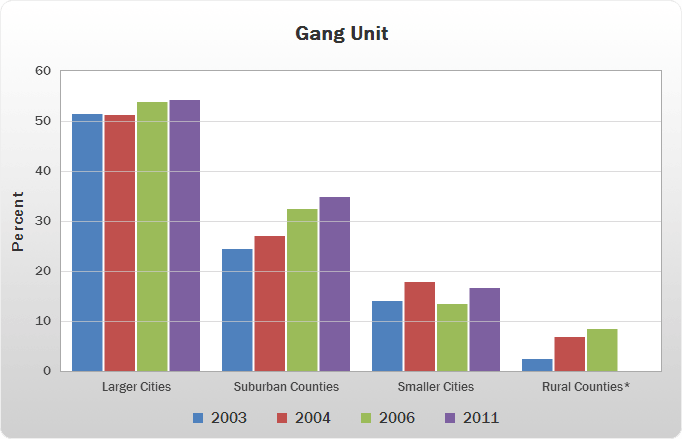 Note: *A value for rural counties for 2011 is not presented because insufficient data was reported.